Walking the Portuguese Way to Santiago

So many women tell us they would love to do a pilgrims trail to Santiago de Compostela. We bring you the lesser trodden route from Oporto along the Portuguese Way covering 70km from northern Portugal into Spain. A wonderful journey walking alongside other women wanting an 8 day ancient path adventure. All luggage is transported place to place. This is a taste of the Camino Way. 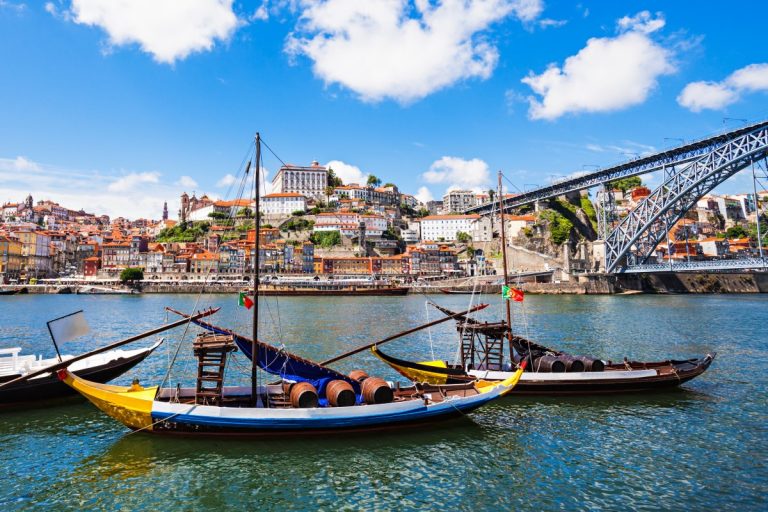 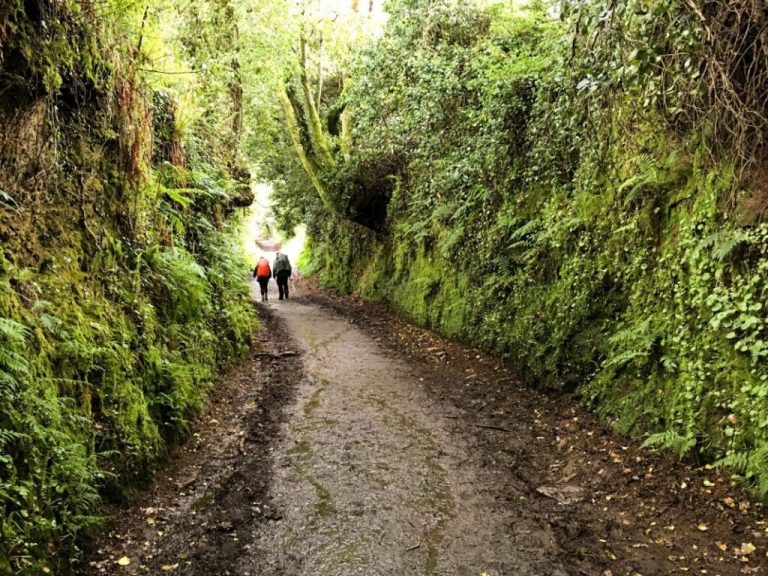 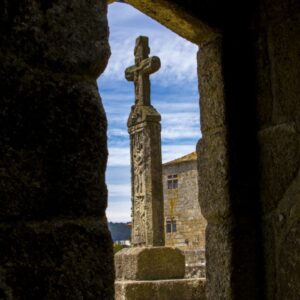 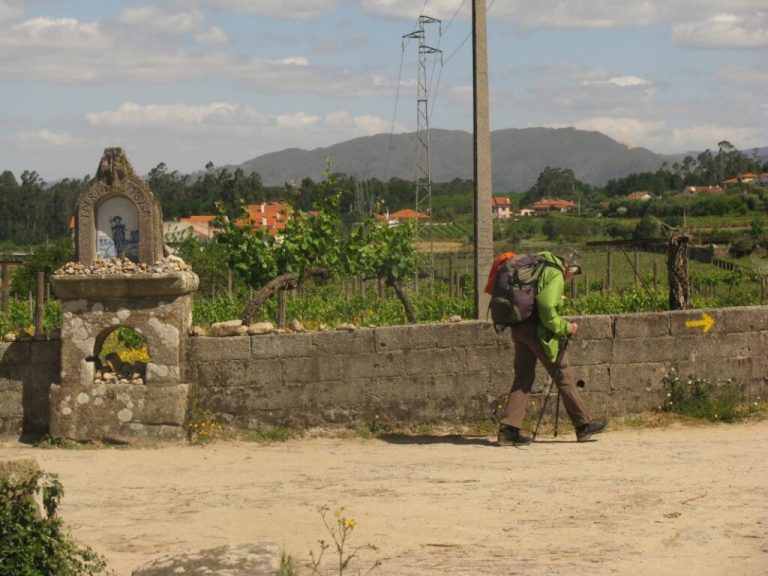 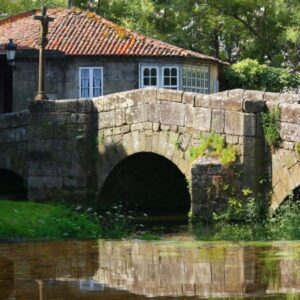 Walking Grade: 3 Goats because of the distance we are travelling. These are not high walks and there is minimal ascent and descent so some days are much more of a goat 2 walk.

Base: our starting point is Oporto and we will stay here before moving on to other hotels as we journey along this ancient pilgrims trail returning to Oporto for departure. All luggage is transported from place to place. We are walking the best bits of the Portugese Way to give you a taste of the Camino in Portugal. There will be some transport to get us to the starting points each day and to pick up at the end of the day. It is sometimes 20 minutes up to 1 hour in the bus depending on traffic. We use transport because there are not hotels on the path and this trip gives you the camino experience with a shower, nice bed and a good food to set you up for the day. We also have transport available at key points in case anyone feels they would like to stop and return early.

Your guide will explain each days walks the night before and what options are available for the day.

We stay in small towns so you can also look around at the end of your walk.

Please book flights to Oporto Airport to arrive for an early afternoon pick up and return flights leaving from 2pm on Saturday June 3rd from Oporto Airport.

It is an epic journey by train if you have time.

Price: £1340 per person for the holiday to include:

If you are travelling with your partner or friend and would like to share a room the price per person per holiday is £1,110 – a discount of £230 per person.

Our journey crosses Northern Portugal to end up in Santiago, on the other side of the border, in Galicia, Spain. This is the lesser know pilgrims route to Santiago de Compostela. It is a route to give you a taste of the Camino Way. Many previous walkers then go on to do the full Camino Way where you earn your shell. On this walk we don’t walk far enough to receive it.

From the old town of Oporto, a UNESCO World Heritage city, and home of Port wine, to the medieval town of Santiago de Compostela, crossing beautiful regions in Northern Portugal and Galicia, the Portuguese Way of Santiago is an unforgettable journey.

For those WalkingWomen gastronomy lovers we have plenty of foods to try and the fine wines are amongst the best in the world.

The Portuguese Way is approximately 241km long and this holiday will give you a taste of the best of it as we walk 70km of it.

Year after year pilgrims cover hundreds of miles through these stunning landscapes, hidden isolated villages and spectacular medieval towns.It is a fabulous hike.

Itinerary – there may be changes depending on weather and local conditions and will always be down to the guide. The guide will brief you the night before each days walk.

Breakfast is at the Hotel before leaving for the day. We will usually leave the Hotel between 9.00 am and 9.30am. We return to the hotel around 16.00 to 17.30 hours.
On our return to the Hotel each day we will have time to relax and change before dinner which is usually at 7.30pm. There is plenty to do if people fancy visiting local sites or wander around the towns.

DAY 1. Arrival to Oporto airport and transfer to hotel.

If time allows an introductory walk will be on offer or simply settle into the hotel and relax in preparation for our journey.

We start amidst rural lands mixed with woodland towards the impressive city of Barcelos, where you’ll discover the origins of the country’s famous symbol, the cockerel, a symbol of good luck.
Located on the right bank of Cávado River, Barcelos combines medieval structures with baroque constructions. It is an important historical centre, dominated by the Paço dos Duques, the main church, Igreja Matriz, and the Manor House, Solar dos Pinheiros.

DAY 3  Vitorino dos Piães to Ponte de Lima 4 hours. Approx 14km 60m ascent and 160m descent.
A lovely stretch in the centre of a rich farming region, where the famous vinho verde (semi-sparkling young wine) is produced. The attractive rural area around has the largest concentration of baroque manors in Portugal.
The Roman Bridge gave its name to this very ancient and very beautiful town. One of the oldest towns in Portugal, Ponte de Lima was historically significant as a Roman settlement in the road from Braga to Santiago de Compostela.

Day 5   Valença to Porriño (Os Eidos) 3 hours. Approx 10km with 100m ascent and descent.
In Valença we will detour through the old town before crossing into Spain on the iron bridge over the River Minho (in old times, pilgrims used to cross the River by boat). In Tui, on the opposite bank of the river, we will pass by the Cathedral at the heart of the old town. We will then take a lovely path towards Porriño, through pleasant countryside and small villages.

DAY 6  Caldas dos Reis to Padrón 5 hours. Approx 16km with 150m ascent and 160m descent.
We leave Caldas dos Reis along some captivating stretches of the Way, along two beautiful river valleys through which the Bermaña and the Valga rivers flow, following paths through forests and meadows.
After crossing the Ulla River we arrive at Padrón. According to legend, this is the place where the boat carrying the body of the Apostle Santiago arrived from Jerusalem.

Day 7  Santiago de Compostela
Today, we reach our goal, the holy city of Santiago de Compostela. Legend holds that St. James’s remains were carried here for burial after arriving at Padrón by boat from Jerusalem.
This is a magnificent medieval city, focused on the Plaza do Obradoiro, bordered by the Cathedral and the City Hall and the Parador (The Hostal de los Reyes Catolicos) served as a hospice and a hospital, where pilgrims could recover and rejuvenate after completing the pilgrimage.
Streets around Plaza do Obradoiro contain bars, shops and restaurants and the pilgrims’ office, where hikers are issued a certificate as proof of arrival in the city of Santiago. In medieval times the end of the pilgrimage was marked by the presentation of a scallop shell, which today is the symbol of the Santiago’s Way.